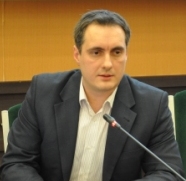 The main accents during the second day of the program were elections and voting practices. The executive director of “Transparency International” Mr. Kalin Slavov presented the results of their last monitoring that the organization made during the last elections. He also presented the recommendations made by the NGO sector towards the changes in the Election Law and analyzed how and if the new changes will stop the old harmful habits during elections.

After that the sociologists Boriana Dimitrova and Mihail Mirchev explained how is the pulse of the public opinion and what should one pay a specific attention on, when reading sociological data.

Earlier during the day, the political scientist from New Bulgarian University, Kiril Avramov talked about political parties, how they function and the existing party funding practices.