office@schoolofpolitics.org +359 2 952 68 82 +359 2 851 93 46
School of Politics > News > Новини > Political debates and negotiations through lectures and assignments on the third training day of the National Program 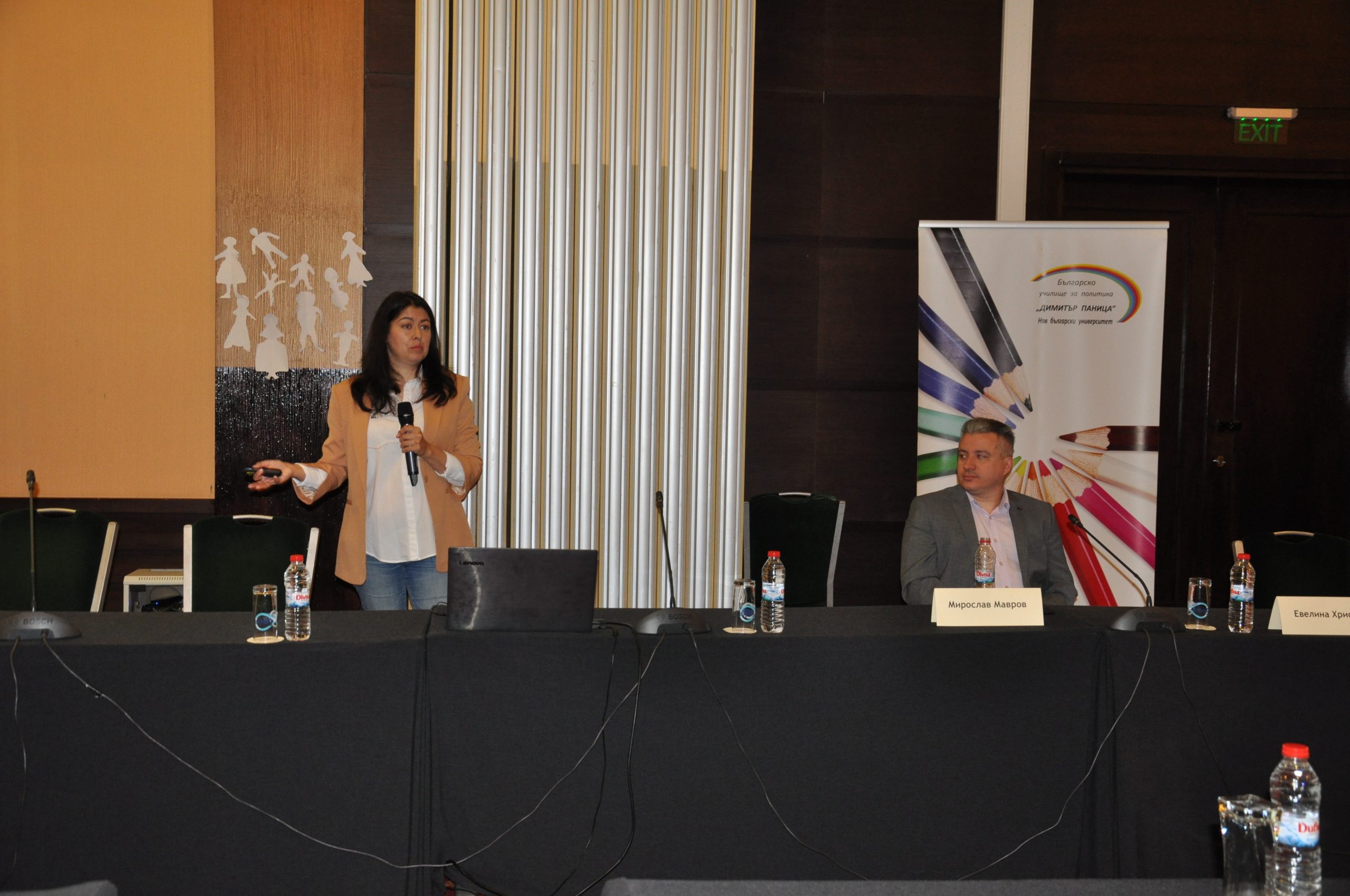 The third training day for the participants of the current class of the National Program of BSoP started with the topic “Political debates – argumentation, policies and policy debate”. Associate Professor Dr. Evelina Hristova from the Department of Media and Communication at NBU spoke to the trainees about the goals and objectives of a debate, the important factors for success in it. Dr. Hristova also paid attention to the specifics of a debate in the online environment. Miroslav Mavrov – Deputy Chairman of the Debates Association in the period 2011-2017, introduced the participants to the structure of the argument, its validity and force and how it can be refuted. Later, Mavrov showed the structure of the political debate and its various formats. Based on the lecture and the discussion after it, and on the pre-prepared learning task, the participants made a simulation of a Bulgarian parliamentary debate on “For and against majority elections for MPs.”

After the emotional simulation of a debate, it was time for political negotiations. Prof. Dr. Lyudmil Georgiev – Member of the Board of Trustees of NBU and Ivan Velkov – Deputy Chairman of the Sofia Municipal Council in the period 2015 – 2019 and a graduate of BSoP from Class 2014 spoke about the negotiation process and reaching coalition agreements. After this panel, the trainees again worked in small groups on a negotiation task aimed at forming a pre-election coalition.

The day ended with a meeting of the participants with Petar Sharkov – Executive Director of “Telerik School Academy”. The special guest talked about the professions of the future and how we can prepare young people for them.