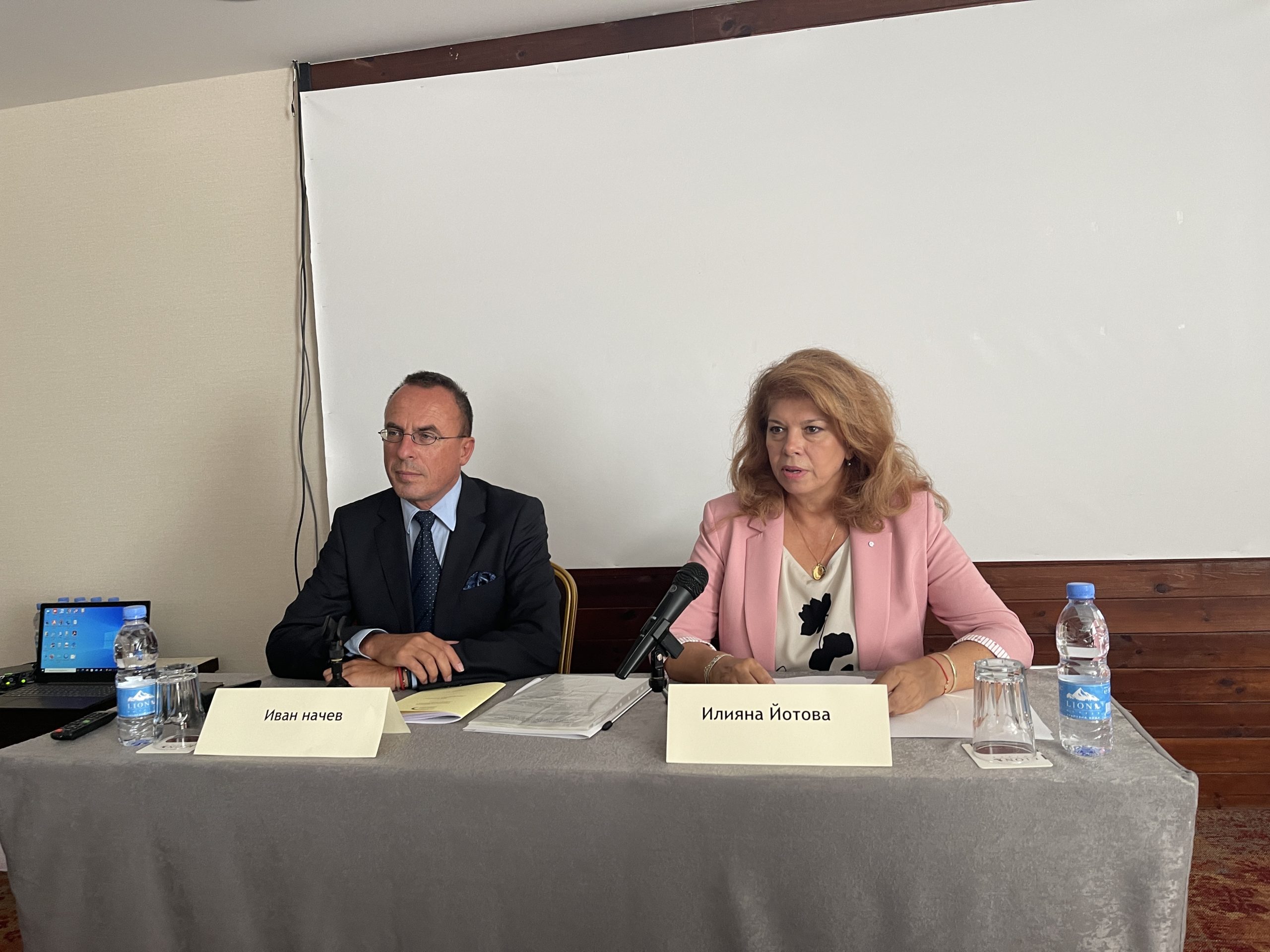 The topic of Bulgarian foreign policy is conspicuous by its absence in the public debate. The topic is not among the leaders in the election campaign either. Bulgaria often tolerates foreign decisions, rather than trying to be a full part of the decision-making process at the European and global level. This was stated by Iliana Yotova to the fourth-course trainees of Class 2022 of the National Program of the Bulgarian School of Politics (BSoP). The Vice President of Bulgaria was the first guest lecturer in the last training module for this graduating class, which took place from September 11 to 14 in Borovets. In her presentation to the forty participants, Yotova examined Bulgarian foreign policy in the context of membership in the European Union and NATO. “Undoubtedly, as part of these unions, Bulgaria is an equal member and participates in decision-making. But our country must have a stronger and more decisive position, speak with a louder voice, and not implement foreign decisions,” the Vice President pointed out. Regarding European foreign policy, Yotova was adamant that it had long since turned from a policy of initiative to a policy of reaction. The questions raised by the Vice President became the subject of a lively discussion with the trainees.

The study day for Class 2022 continued with a meeting with the MEPs Andrey Novakov and Petar Vitanov. The two members of the European Parliament (EP) spoke about the priorities of the EP in view of the recovery from the crises. In particular, Andrei Novakov focused on European investments for Bulgaria until 2030 as a means of making policies, and Petar Vitanov – on the green transition in 2022.

Both MEPs developed their theses in detail and entered into a discussion with the trainees in the workshops that followed. After them, one representative per group briefly presented the topics and talked about the discussions that took place.