office@schoolofpolitics.org +359 2 952 68 82 +359 2 851 93 46
School of Politics > News > News > The crisis in Ukraine and communications during a crisis – part of the topics during the second training day of the fourth course of the National Program 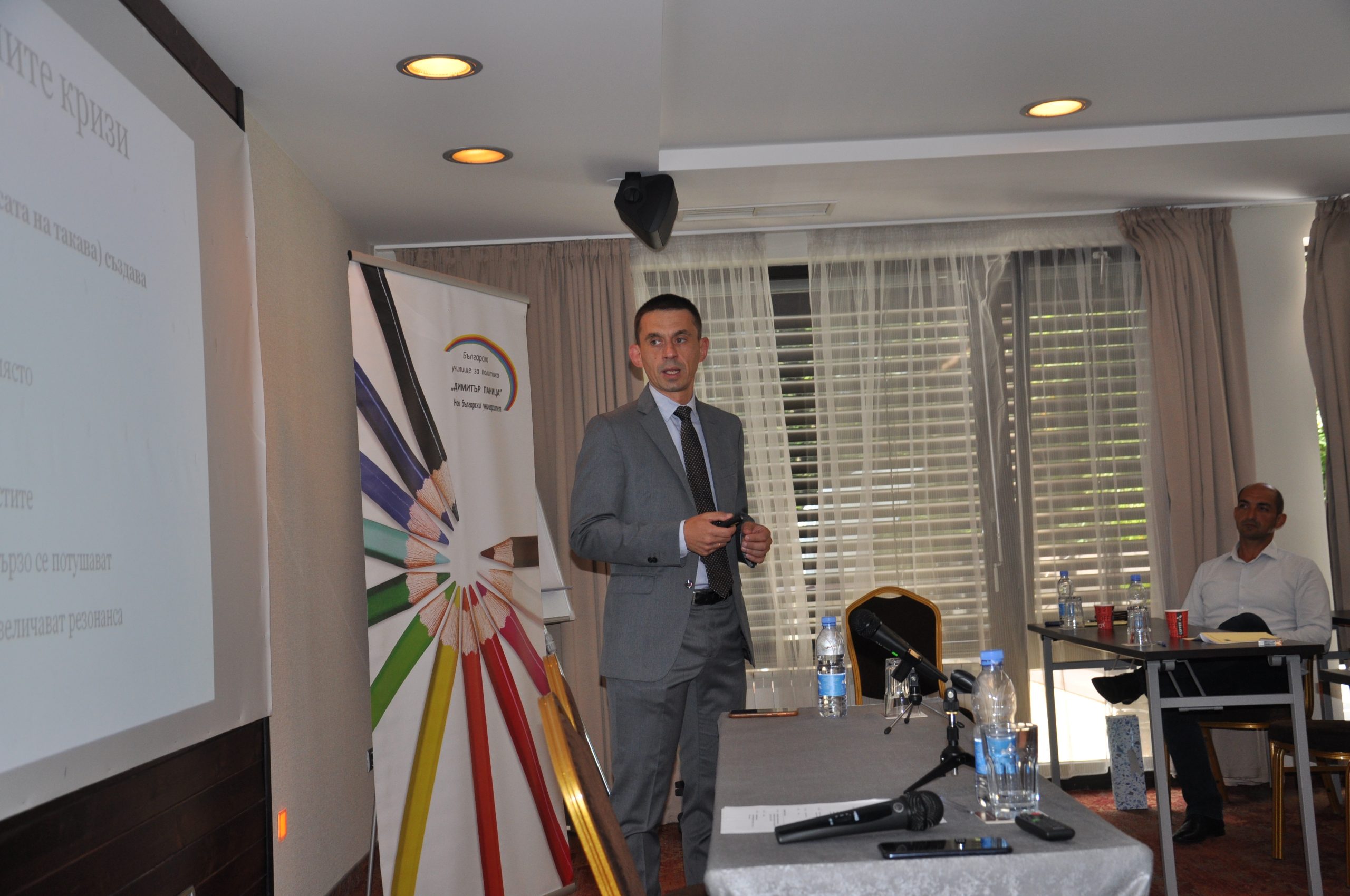 “The crisis in Ukraine – causes and a possible solution” was the topic of the first panel of the second day of study for the fourth-course trainees of the Class 2022 of the National Program of the Bulgarian School of Politics (BSoP). Petar Kraychev, Director General of the General Directorate “Bilateral Relations” in the Ministry of Foreign Affairs of Bulgaria, presented to the participants in detail the position of our country regarding the ongoing war in Ukraine. He also answered the numerous questions of the trainees, and based on his long-term and varied foreign policy experience, made the discussion useful and interesting.

“Communications in a crisis” was the next topic of the working forenoon. “Does every miracle last three days?” This question was answered by the communication expert and chairman of the Center for Analysis and Crisis Communications, Assoc. Prof. Alexander Hristov. Не pointed out the stages in crisis communication management and the actions that are taken at each stage. He also touched on some rules in crisis communication: don’t lie; don’t improvise; distance and neglect are not allowed. After the theoretical part, the trainees worked in small groups on the “Damaged Basilica” case study. In the training task, the groups developed a crisis communication strategy on the occasion of an emerging crisis, which included recommendations for actions, a main thesis and arguments in support of it, messages to the media.

“Genesis and development of ethno-religious processes in the Western Balkans” was the next lecture, which, in addition to knowledge, gave the course participants a lot of emotions. The lecturer at the University of Sofia and author of two novels, Assoc. Prof. Georgi Burdarov spoke about identities and processes, focused on the Greater Balkan chauvinism and religious-based manipulation, the causes, culprits and results of the wars in the former Yugoslavia. After the presentation, the participants had to work in groups, where they had to determine the risks of a new conflict in the Balkans through the positions of different countries. They received feedback on their work from Assoc. Prof. Burdarov.

The second training day ended with a meeting with a graduate of BSoP from Class 2020. A special guest at the National Program was the creator of “Caps for the Future” Lazar Radkov. He spoke about the initiative launched in 2017, thanks to which until now 22 incubators, a neonatal ambulance and 40 medical devices have been bought and donated.