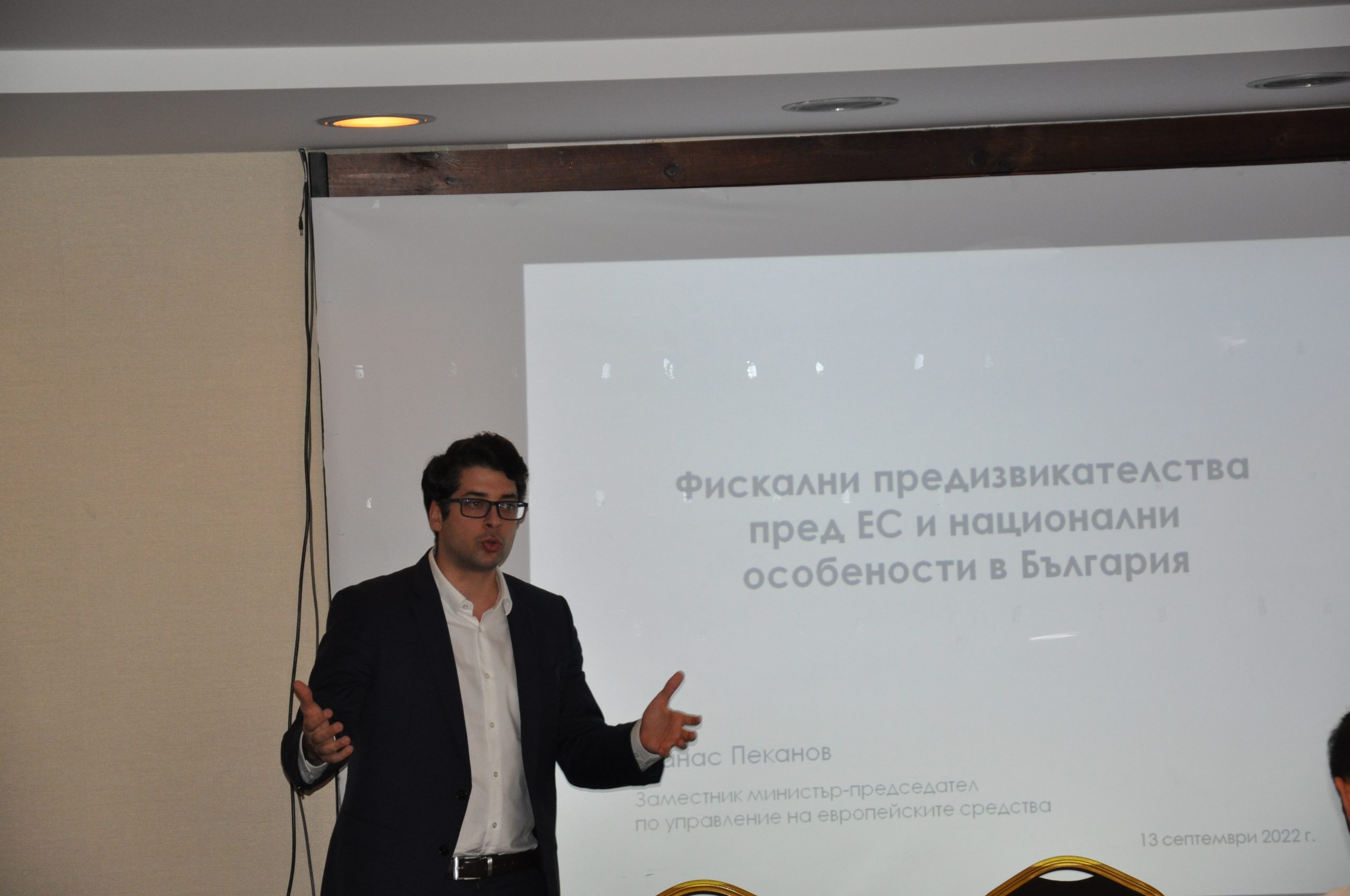 The Deputy Prime Minister for the management of European funds, Atanas Pekanov, was a guest at the last, fourth course for Class 2022 of the Bulgarian School of Politics. Pekanov spoke to the trainees about the history and future of the European economic and monetary union, drew attention to the current fiscal framework of the EU and its limitations, to the fiscal framework in Bulgaria. After his presentation, Minister Pekanov also answered the large number of questions from the course participants.

The penultimate school day continued with a culture panel. Snezhana Joveva, director of the State Cultural Institute, gave a lecture on “Culture – a blade of diplomacy”. The training task after this panel was extremely interesting for the trainees. According to it, they had to propose possible solutions to an actual situation that had the potential to cause a diplomatic scandal. In her feedback, Mrs. Joveva told how this case was resolved in practice and what options would also be successful or unsuccessful.

In the working afternoon, the meeting with the journalist Boyko Vasilev was particularly emotional for the participants in the National Program. The presenter of the weekly political program “Panorama” on national television introduced them to the basic rules for successful participation in a TV debate. Divided into groups, the trainees then prepared for a simulation of a TV debate on the topic “For or against the provision of military aid to Ukraine.” Each of the four groups prepared arguments in defence of their predetermined position and sent a representative to participate in the debate. The four representatives of the groups answered the questions of Boyko Vasilev and their opponents under the gaze of their fellows in front of the cameras. Boyko Vasilev gave feedback on their presentation based on the video of the simulation debate.

The working day ended with a meeting with Boryana Simeonova – Director of the “State Protocol” Directorate at the Ministry of Foreign Affairs and former ambassador of Bulgaria to Morocco. Through examples from her long-term practice as the head of the government protocol under four Bulgarian prime ministers, Boryana Simeonova introduced the trainees to the state and diplomatic protocol, to the existing regulations for the organization and order of implementation of the state protocol.