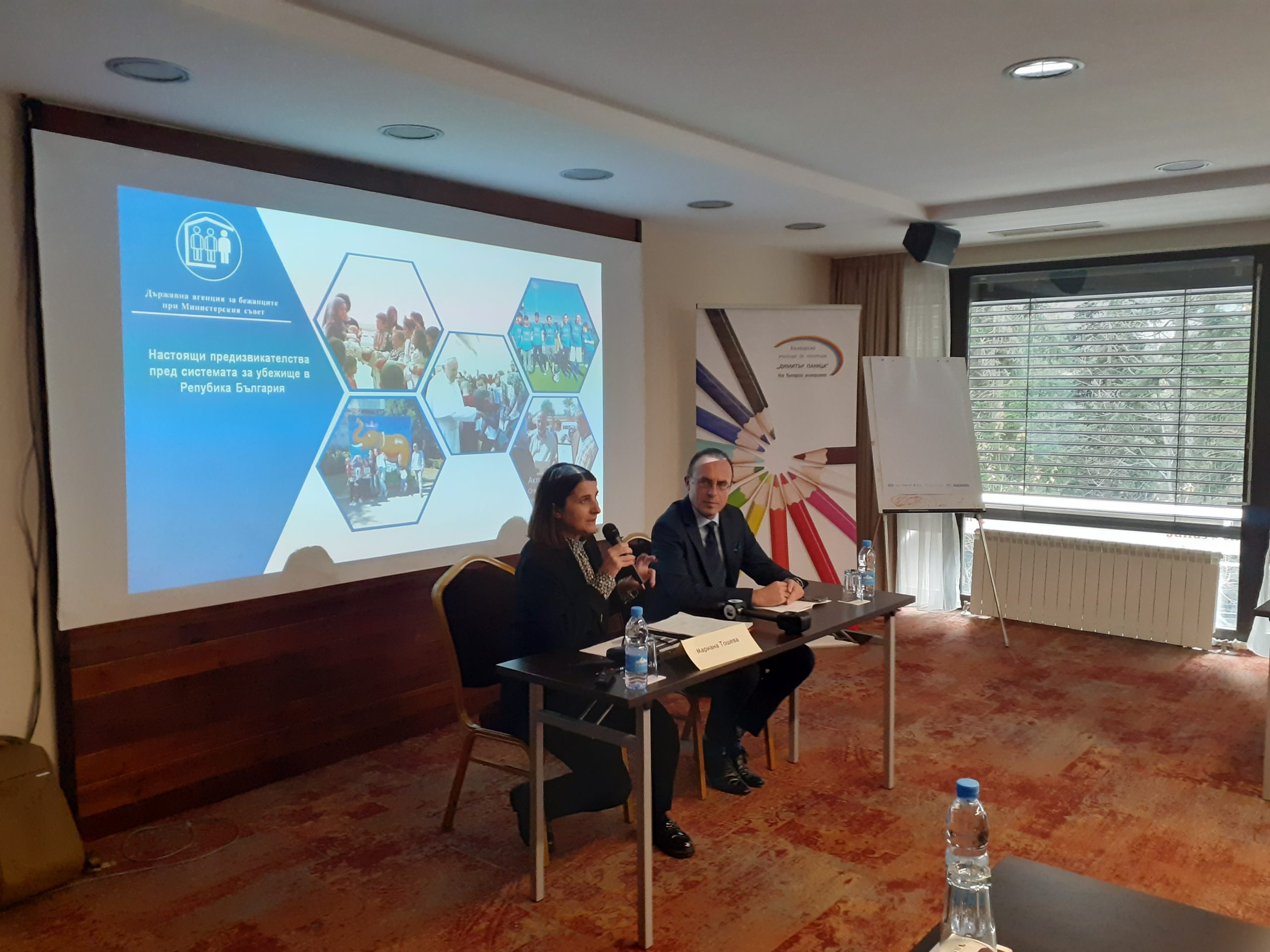 “Bulgaria is a temporary stop for refugees on the way to Western Europe,” said the Chairperson of the State Agency for Refugees, Mariana Tosheva, in Borovets. She opened the three-day training “For a home away from home” for graduates of the Bulgarian School of Politics “Dimitry Panitza”. After receiving refugee status, persons seeking international assistance in Bulgaria stay up to 14 days in the centers. Non-governmental organizations are afterwards responsible for their living and working conditions. In most cases, they go to Western Europe. The reason is that when a person acquires refugee status, he/she also gets the opportunity to travel freely in Europe. The Chairperson of the State Agency for Refugees explained that a small number remain in Bulgaria because Bulgaria does not have a national policy for the integration of refugees. Tosheva shares with sadness that the fewer refugees there are in our country, the better it is for the state, since it does not take special care of them. The Chairperson of the State Agency for Refugees also believes that 90% of people who have acquired refugee status become victims of migration traffic. The State Agency for Refugees began its activities in our country in 1993, when 276 persons sought protection. This year until October 31 19,546 people have requested temporary asylum in our country. The reason for this is the migrant crisis in our southern neighbor. According to Tosheva, “Turkey is exhausted with the refugees”.

Because of the war in Ukraine, more than 140,000 Ukrainians have sought asylum in our country since the beginning of the Russian invasion. Recently, there are about 9,000 Ukrainians who use state aid in our country. And over 40,000 are fending for themselves. One of the main problems of the State Agency is the lack of financial resources. Its budget to the Council of Ministers is BGN 14 million, which includes personal doctors, translators from the languages of the Middle East, psychologists and the necessary care and needs for the persons in the centers. Part of its employees work on project financing, and due to an expiring project, 76 people will be released in January and February 2023.

Mariana Tosheva defines it as an extreme necessity for the local authorities to start taking care of refugees following the example of Germany. Thus, when this becomes a priority, the aggression of the refugees will be controlled, and their desire to learn Bulgarian language and develop in our country will increase.

20 alumni of the Bulgarian School of Politics “Dimitry Panitza” from different classes are taking part in the training in Borovets. Among them are directors and employees of non-governmental organizations, director of a complex for social services, professors at universities, state and municipal officials, judges, lawyers, etc. The training aims to develop and increase the capacity of civil leaders for effective assistance and support of refugees and migrants in Bulgaria, as well as to create a working network between them.

Project “For a home away from home – development of the capacity of civic leaders to help and support refugees in Bulgaria” is implemented with financial support provided by Iceland, Liechtenstein and Norway under the EEA Financial Mechanism.

More details can be found here.