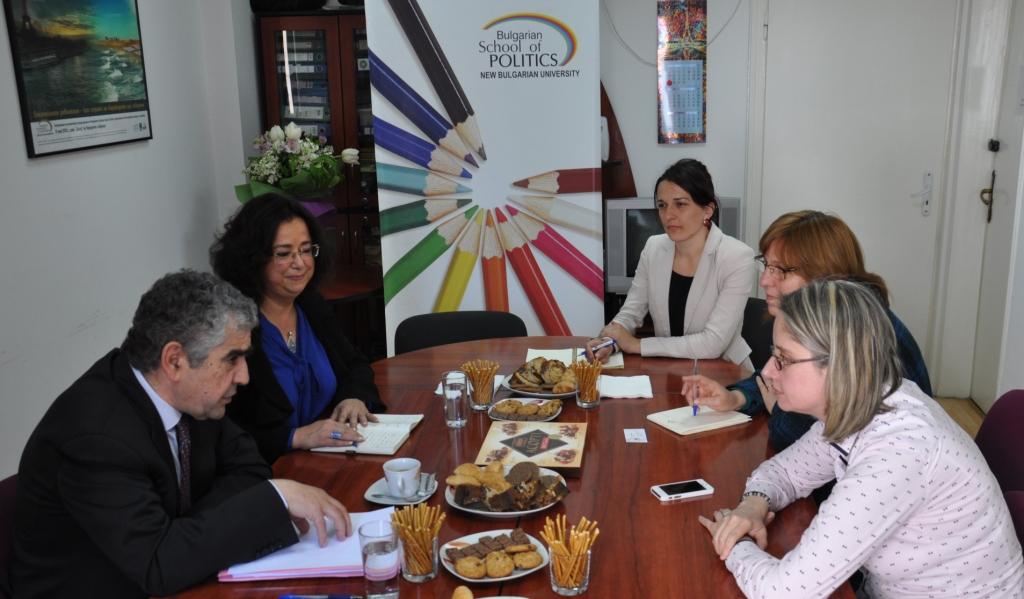 The possibilities for creation of joint training programmes in the fields of human rights and democratic development in Morocco were discussed by the President of the National Council on Human Rights in Morocco Driss El Yazami and the Executive Director of the Bulgarian School of Politics “Dimitry Panitza”, Dr. Irina Alexieva. The meeting was held in BSoP’s office and took place in the frame of El Yazami’s two-day visit to Bulgaria at the invitation of the Vice President of the Republic Margarita Popova.
Dr. Alexieva and El Yazami continued the conversation that they began a month ago in Morocco about the perspectives for a closer cooperation between the two organizations. The President of the National Council on Human Rights reiterated the big interest that Morocco has towards the Bulgarian experience accumulated during the years of democratic reforms as well as towards BSoP’s expertise to organize training programmes focused on practical skills development. He underlined that one of the greatest challenges that Morocco faces at present is the practical training of the new generation of leaders. Irina Alexieva noted that a crucial element, which is needed for the creation of sustainable civic and political capacity, is the existence of clearly defined, long-term and coherent plan for development and training, which would upgrade the knowledge and the skills, rather than repeat them. This is in particular valid when building sustainable capacity of the civil society organizations, so that they could be institutionally sound in the long-run.
H.E. Latifa Akharbach, the ambassador of the Kingdom of Morocco in Bulgaria and the Deputy Head of mission Imane Ouaadil also attended the meeting.