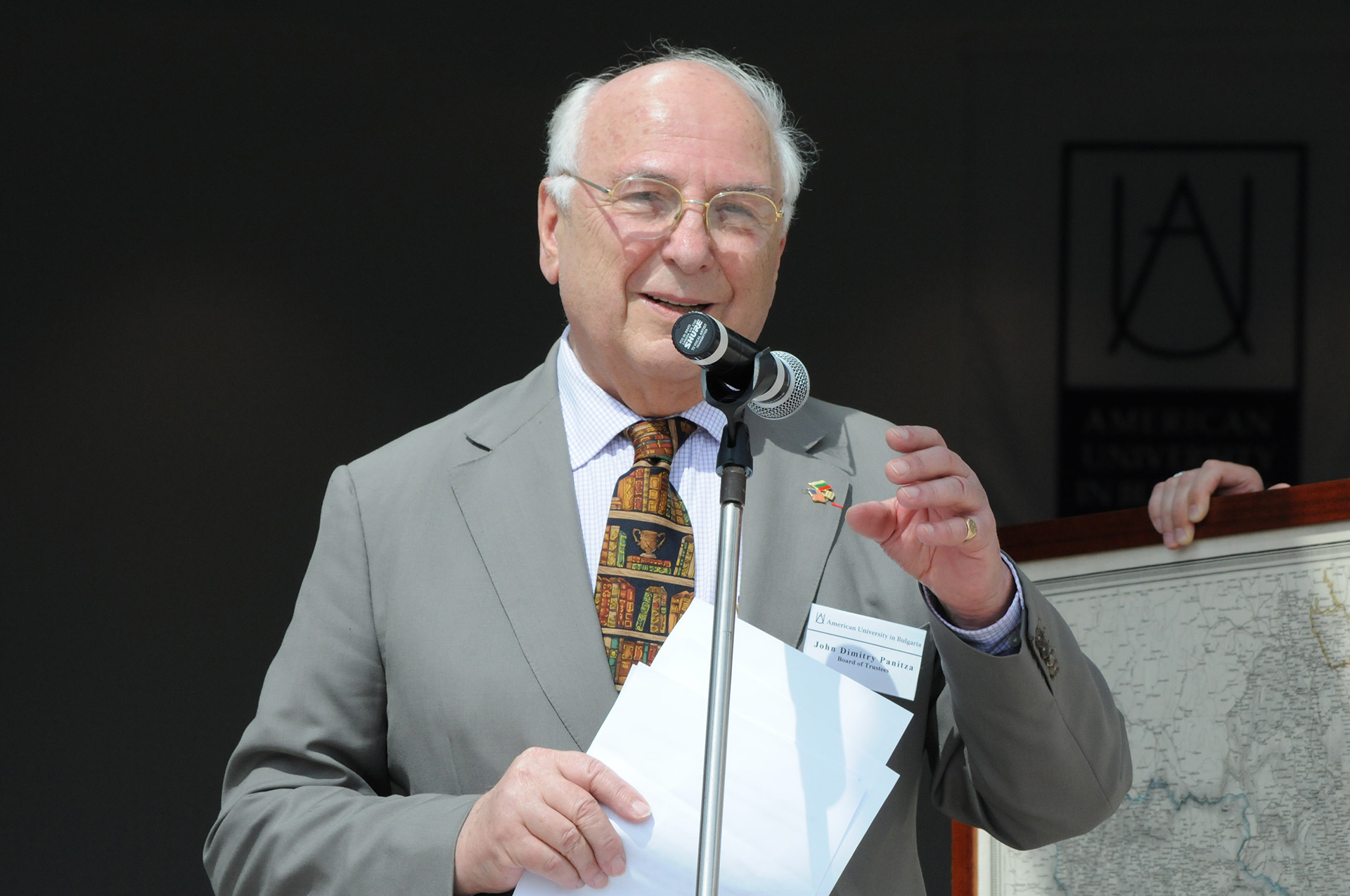 John Dimitry Evstatiev Panitza is the founder and honorary chairman of the Bulgarian School of Politics. He was born on 2nd November 1930 in Sofia and died on 28th July 2011 in Paris.

For forty-two years he had worked at the Readers Digest publishing house, USA where he retired in 1994 as a deputy editor-in-chief. In recent years, he started a number of activities as chairman of “Free and Democratic Bulgaria” Foundation – a private and independent foundation, established in 1991, whose objectives are to assist the democratization process of Bulgarian society through pluralism, free press, free market tolerance, educated youth and open dialogue.

For his contribution to the establishment of civil society and development of journalism, in 2000 Dimi Panitza was awarded Bulgaria’a highest civil decoration – the order of “Stara Planina”, 1st Class. In 2005 he was also made Knight of the Legion of Honor of the French Republic and was awarded the “Pro Merito” medal of the Council of Europe. He was also a trustee at the King’s College in London.