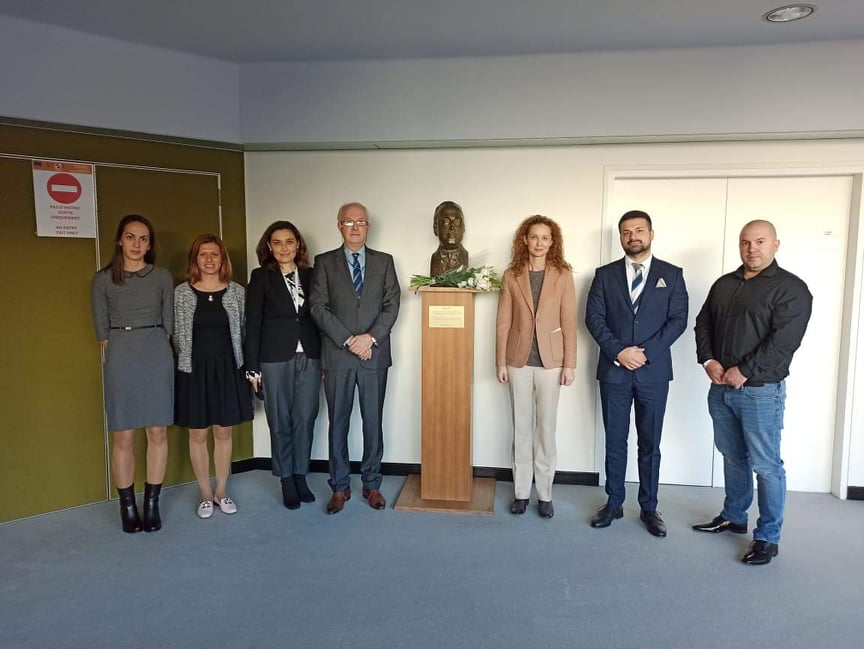 Trainees from the last class of the Bulgarian School of Politics (BSoP) took part in the 9th World Forum for Democracy. The event took place from 8 to 10 November in Strasbourg and was entitled “Can Democracy Save the Environment?” During the forum, the delegation of the Bulgarian School of Politics met with the Permanent Representative of the Republic of Bulgaria to the Council of Europe, Ambassador Maria Spasova. In her presence and in the presence of diplomats from the mission, the trainees of BSoP observed the tradition and laid flowers in front of the bust of Dimitar Peshev at the seat of the Council of Europe. In her speech, Ambassador Spasova emphasized the exceptional role and contribution of Dimitar Peshev in rescuing Bulgarian citizens of Jewish origin during the Second World War. She stressed that the example and joint efforts of politicians such as Peshev, members of the public, representatives of the Bulgarian Orthodox Church for the salvation of Bulgarian Jews should be known in order to prevent such tragic events in the future. Earlier in the day, Maria Spasova discussed with the trainees of BSoP current issues on the Council of Europe’s agenda, as well as opportunities for closer co-operation between the School and the Bulgarian mission to the Council of Europe.