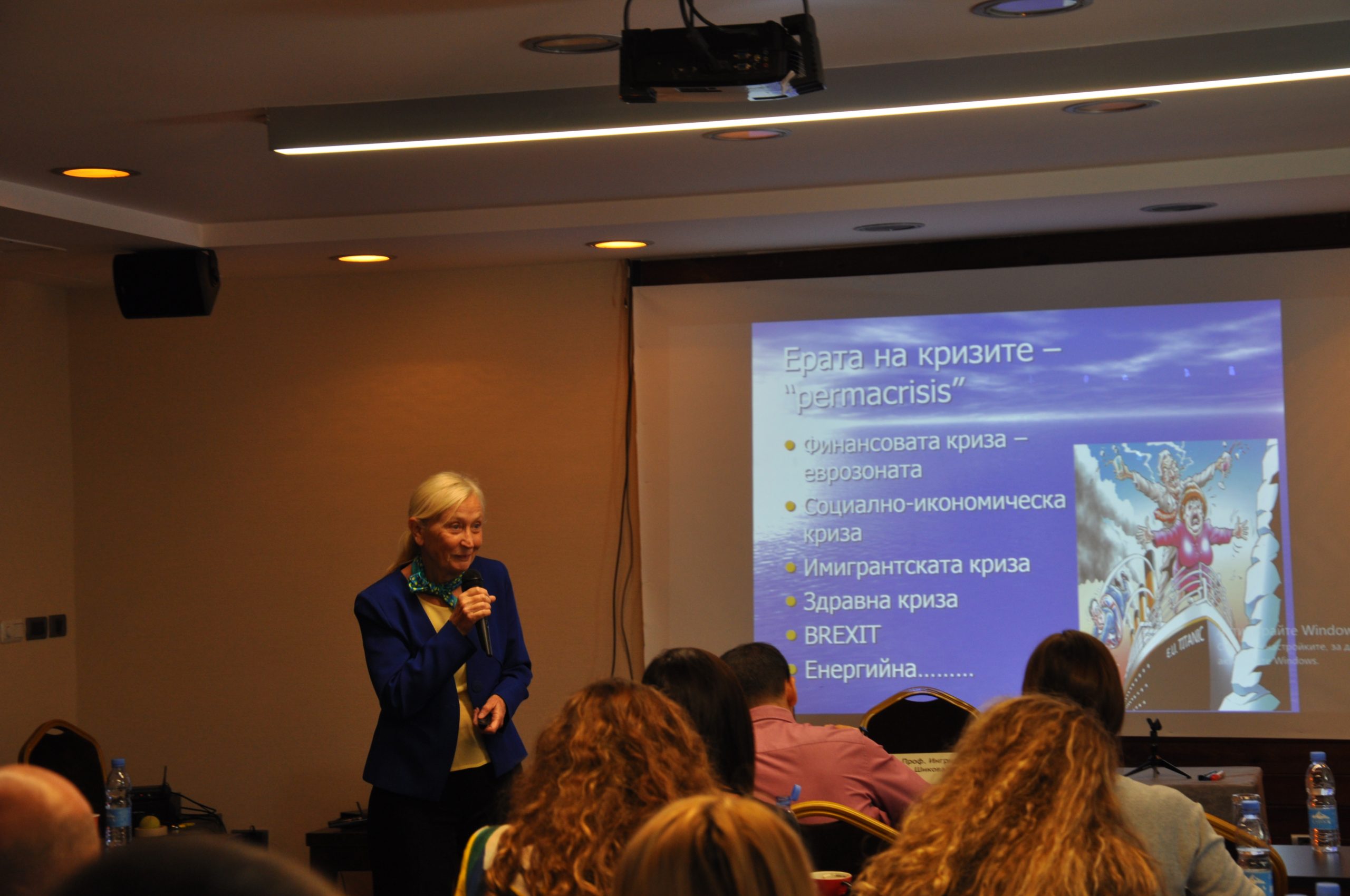 Prof. Ingrid Shikova, one of the founders and a lecturer in the “European Studies” department of Sofia University, was the last guest for Class 2022 of the Bulgarian School of Politics (BSoP). Prof. Shikova introduced the forty trainees (representatives of political parties, civil and professional organizations) to the political process in the European Union (EU). She also addressed the issue of the Union’s ability to respond promptly to crises by introducing them to how and on what basis decisions are made in the EU. In the second part of her presentation, Prof. Shikova spoke about the preparation and adoption of the EU budget, after which the trainees played a simulation game. They took on the role of 27 prime ministers and 27 finance ministers of the EU member states, who negotiate within the framework of the European Council on the draft budget of the Union. The role-play caused a lot of emotions, but also gave a lot of new knowledge about decision-making in the EU. It was also the final of the four-module training for this class, which began in March and ended in September in Borovets. The official part was followed by a group photo, and the continuation – the development of new friendships and new 40 people who join the large group of BSoP graduates.