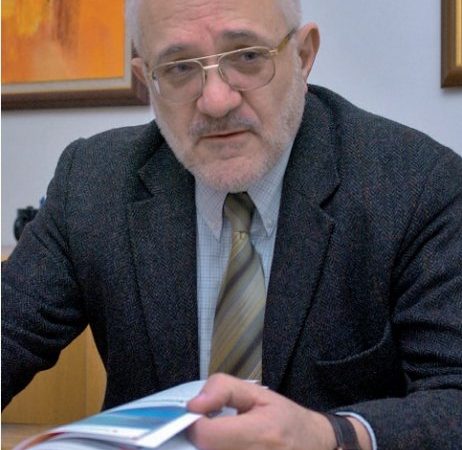 Antoni Slavinski was born on 17th of May 1946 in Sofia, Bulgaria. He has graduated from the Technical University of Sofia. From 1969 to 1991 he worked at the Communications Research Institute.

From 1992 to 1995 Antoni Slavinski was a member of the Board of Directors and Deputy Chairman “Planning and Networking” of the Bulgarian Telecommunication Company, Head of the Digitization Network project.

From 1997 to 1999 he was appointed Chairman of the Postal and Telecommunications Committee. In the 1999-2001 period Antoni Slavinski was Minister of Transport and Communications of Bulgaria.

Since 1994 he is a member of the Board of Trustees of New Bulgarian University.

Since 2011 he is Chairman of the Board of Trustees of New Bulgarian University.

In 2001, Antoni Slavinski is awarded the Honorary Professor of NBU title for his outstanding contribution to the Telecommunications Department at NBU.

From 2004 to 2007 he was coordinator of the Center of Excellencies to the International Telecommunication Union for Central and Eastern Europe.

Among his awards the IDG “For Special Merits to Bulgarian Telecommunications” and the IDG “For Contributing to the Development of the Information Society”.

He has more than 100 publications in Bulgaria and abroad.