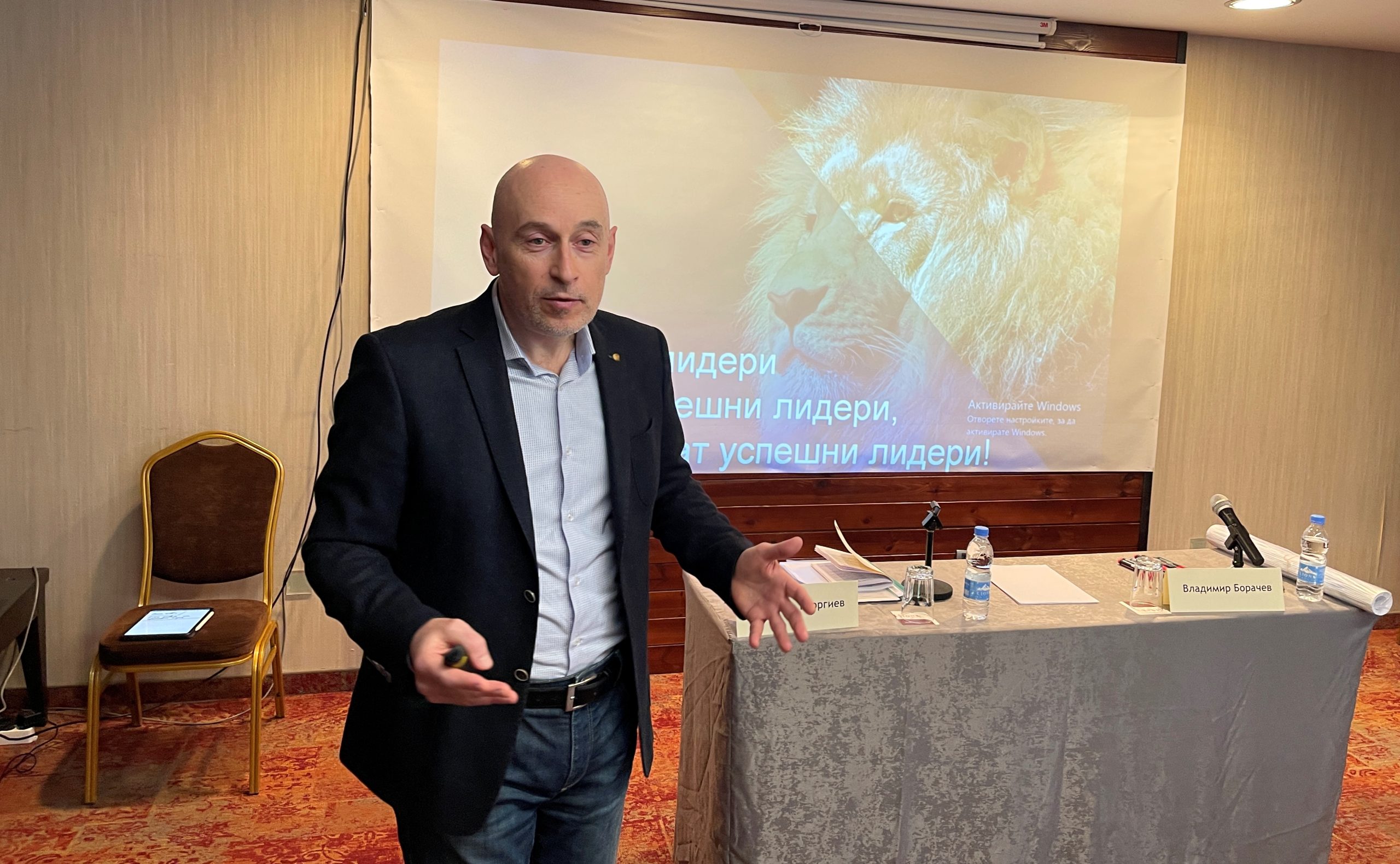 “Leadership is the art of achieving more than the science of management says it is possible.” The AUBG professor Vladimir Borachev started his lecture on leadership and strategic thinking with this thought of Gen. Colin Powell. With it began and the second training day for the freshmen from Class 2022 of the National Program. Vladimir Borachev pointed out the characteristics of the successful leader and drew attention to the importance of continuous leadership development. In his lecture he also talked about the nature and stages of the decision-making process.

After getting acquainted with this cycle, the trainees faced the next challenge of the day – formulating a message. The communications expert Mihail Stefanov helped them to make an argumentative, workable and influential message. With examples from his experience in business communications, and in those for the non-governmental sector Mihail Stefanov simplified the otherwise difficult task of creating working messages. Proof for this were the messages that the trainees formulated, working in groups and under the leadership of the moderators.

The development of communication skills continued later in the day when the Professor of Rhetoric at Sofia University Ivanka Mavrodieva introduced basic rhetorical terms, types of political speeches and their structure, arguments and argumentation of speeches. The trainees had in small groups to implement in practice the acquired knowledge. Each of them wrote a political speech of 3 minutes from the position of a predetermined role and for specific audience. The best four speeches from the four groups were read and feedback was provided personally by Prof. Mavrodieva.

The second training day at Lyon Hotel in Borovets ended with work in small groups on the task of the first module “My new friend”.