office@schoolofpolitics.org +359 2 952 68 82 +359 2 851 93 46
School of Politics > News > News > The Chairman of the Parliamentary Committee on Regional Policy, Public Works and Local Self-Government in the Parliament and the Minister of Tourism – First Guests in the Second Course of the National Program 2022 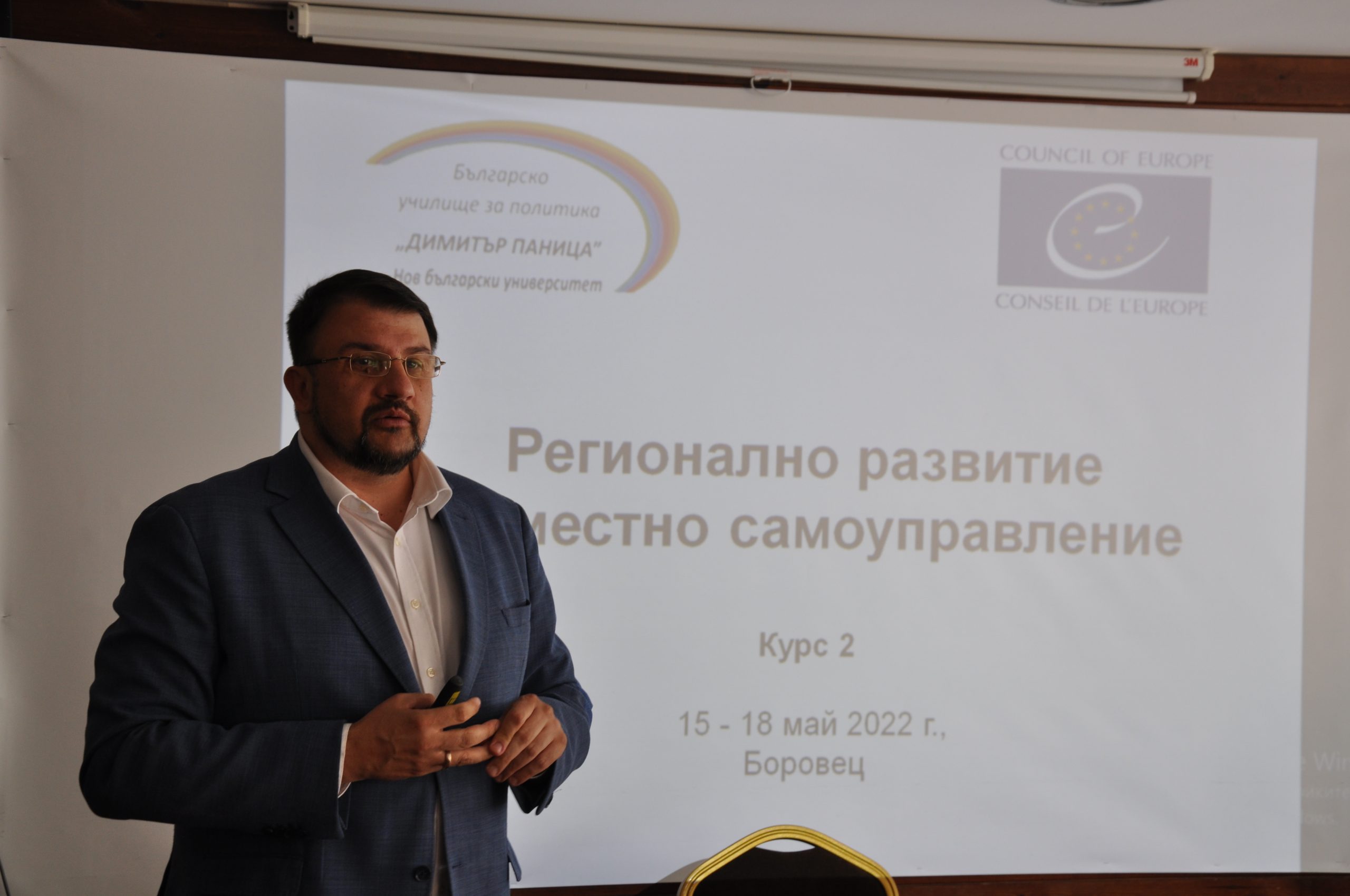 The second course of the National Program “Governing Skills” for Class 2022 was dedicated to regional development and local self-government. Nastimir Ananiev, Chairman of the Committee on Regional Policy, Public Works and Local Self-Government in the National Assembly, was the first speaker for this course. He spoke to the trainees about the administrative and territorial organization of the country, briefed them on the current regulatory and institutional framework. Ananiev presented in detail both the functions and the current work of the committee chaired by him in the parliament, and then answered the numerous questions.
The Executive Director of the National Association of Municipalities in Bulgaria Silvia Georgieva took the baton as a lecturer and focused on the challenges and risks facing local authorities in Bulgaria and the decentralization process. Georgieva pointed out that 800 are the obligations of the local government and they are defined in 8 codes, 131 laws and over 500 bylaws.
“Bulgaria is still significantly centralized in terms of public power resources – regulatory and financial. Decisions concerning every citizen or business are made in the capital, not by the mayors. Local leaders without resources. This is the reality in 2022 in the country”, said Silvia Georgieva. Her presentation was followed by a lively discussion in which the trainees presented their views and asked questions.
The first day of the second course ended with a conversation with the Minister of Tourism Hristo Prodanov, who was a special guest in the National Program. The participants spoke with him about the upcoming summer tourist season, the presentation of our country as a tourist destination in foreign markets, the refugees from the war in Ukraine, accommodated in Bulgarian hotels.
“Enjoy the time you spend here together and try to get the most out of it. This is invaluable and very useful”, said Hristo Prodanov, who graduated from the National Program of the Bulgarian School of Politics in 2019.