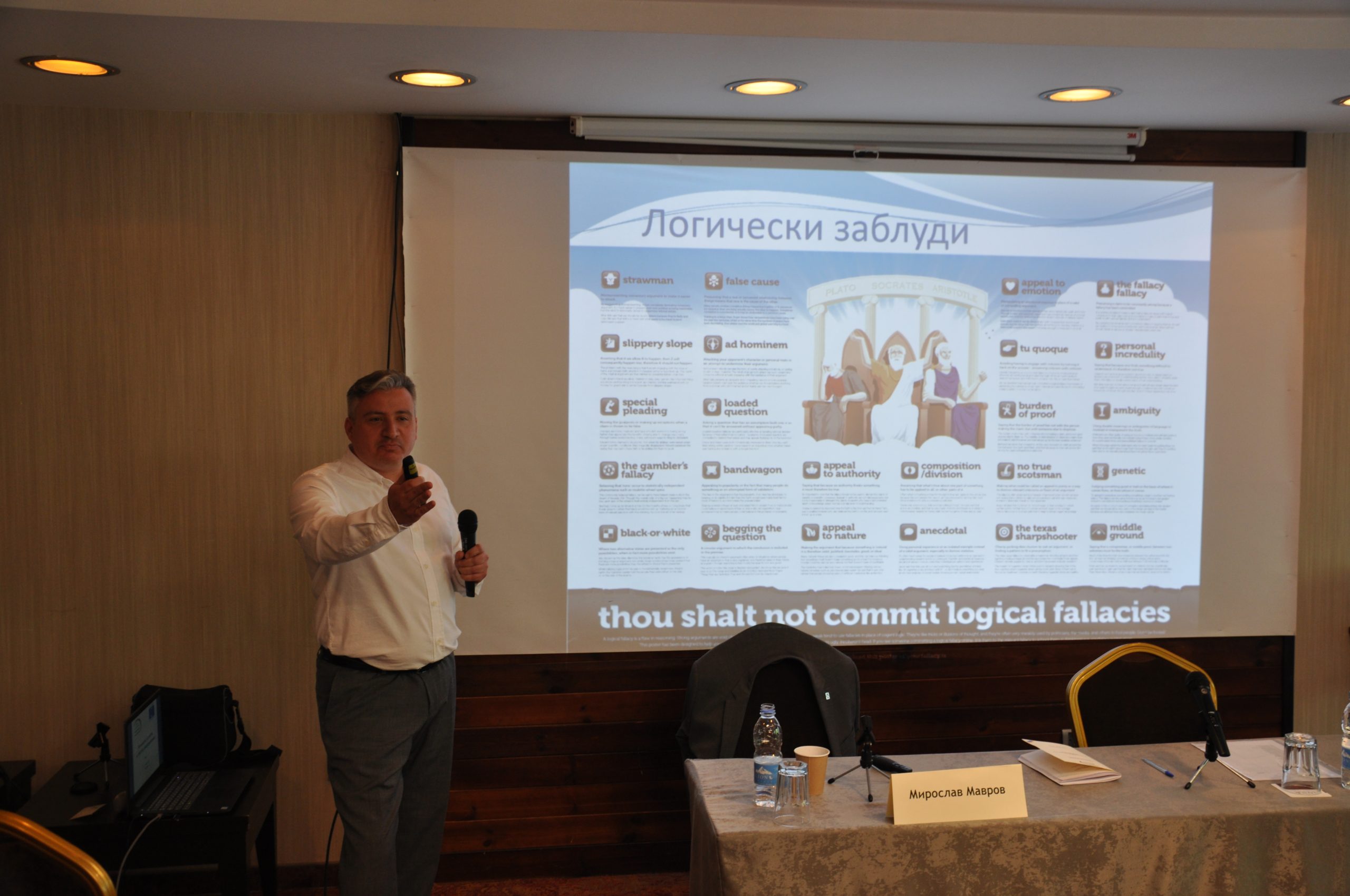 Half of the third day of the second course for Class 2022 was devoted to the debate. In a lecture and study simulation after it, the current trainees of the Bulgarian School of Politics mastered in theory and applied in practice knowledge and skills to defend different points of view in a formal discussion.

Miroslav Mavrov, Debate Coach and Deputy Chairman of the Debates Association (2011-2017), explained in detail and with examples to them what debate is and what types of debate there are. He also touched on the argument and its structure as an important part of the debate, as well as ways to refute an argument. Mavrov paid special attention to the political debate, its purpose and structure.

After the lecture, the trainees prepared to participate in a simulation of a Bulgarian parliamentary debate. Divided into four groups, they had different roles and each group had to defend its political position on “For or against majoritarian elections”. A person selected by the group took part in the simulation by measuring arguments and public speaking skills with three of his/her colleagues. Miroslav Mavrov gave detailed feedback on the performance of participants and groups.

The second half of the day was dedicated to public policy. The lecturer at Sofia University Prof. Tatiana Tomova acquainted the trainees with the essence of public policies and how they are made through different local policies. After the lecture and the discussion in the large hall, group work followed again. The training task required trainees to negotiate a place for three of their priorities in the program of a future coalition.

The penultimate training day ended with the presentation of the results of the modular task, which the participants in the National Program started on the first day of the second course.