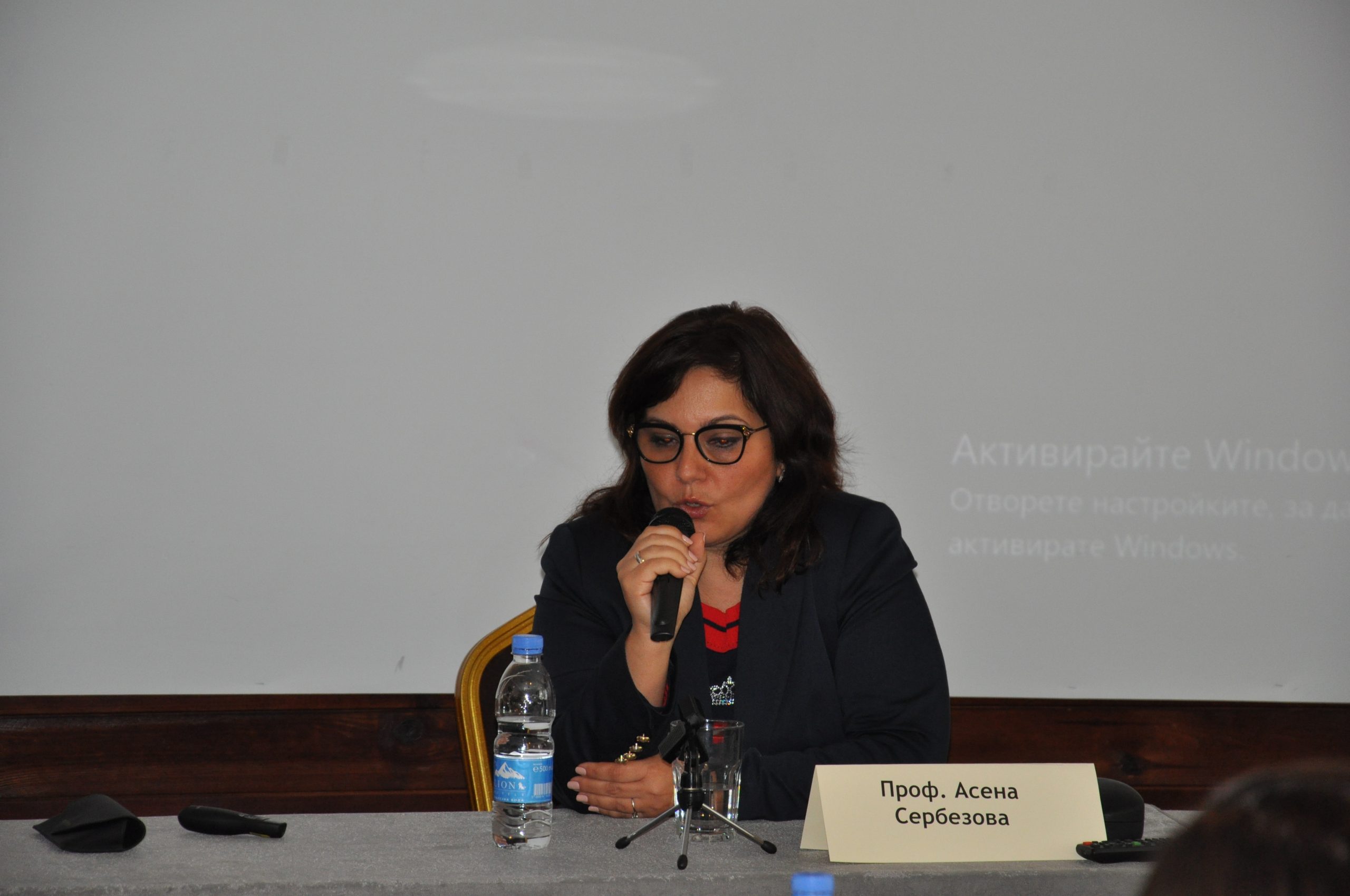 Prof. Asena Serbezova, Minister of Health of Bulgaria, was a special guest of Class 2022 of the National Program of the Bulgarian School of Politics. The discussion with Minister Serbezova marked the end of the second training day of the third course. The trainees heard from her about the challenges faced by a minister of health and about society’s expectations. Before that, however, the Minister of Health paid special attention to the specifics of health care, saying that behind every number in this field lies human destiny, specific people and their families whose lives are affected by illness. As challenges, the Minister of Health indicated the occasional lack of adequate political analysis, of political will, of communication, of changing perceptions and more and more.

“A Minister of Health ‘inherits’ an empty desk, a selectively helpful institutional memory and a set of unresolved for years problems that require immediate action. There is no handbook for ministers of health, nor continuity. But the most important thing is that there is no time…” said Prof. Serbezova. After that, she answered the numerous questions of the trainees and discussed with them pressing problems in health care.

The second training day began as it ended – with interesting meetings and a lot of new knowledge. The Executive Director of the Economic Policy Institute Yavor Georgiev spoke about the prospects for the development of our economy, and the economist and former Deputy Minister of Finance Lyubomir Datsov introduced the trainees to the structure of the national budget and the possibilities of prioritizing public policies through it.

A special place in the second training day was dedicated to children’s justice. In the panel “Reality and (un)necessary reforms in child justice” guest speakers were Associate Professor Iva Pushkarova, professor of criminal law at Sofia University, the lawyer and expert in children’s justice Ivan Georgiev and Teodora Gandova. Associate Professors Pushkarova and Teodora Gandova presented data from their legal and sociological analysis of the state of juvenile justice in Bulgaria and the need for reforms in the field. The research done and the educational panel for the trainees were part of the project “On Focus: Child Justice Reform”, implemented by the Bulgarian School of Politics.